It is an inconspicuous plant which, however, enjoys an excellent reputation in medicine.
Mugwort tincture is a well-known and effective remedy for digestive disorders, menstrual cramps, cystitis and oedema.

Recommended use for adults: Take 2x daily 5 ml with plenty of water.


Mugwort - botanical knowledge at a glance Mugwort (Artemisia vulgaris), a persistent herbaceous plant, can be found almost everywhere in Central Europe. It is actually a quite impressive plant, which can grow up to 2 metres high under favourable conditions. But the outer appearance of mugwort is rather simple: on a reddish stem with several branches there are finely feathered green leaves up to 5 centimetres in size. The underside of the leaves is white felt - knowledge of this property helps to distinguish the mugwort from the poisonous blue monkshood. The plant's panicle-like inflorescences appear in a plain grey-green. It blooms between July and September.

Naturopathic knowledge to mugwort This plant is known in the vernacular under quite many names: Besenkraut and fly herb, wild wormwood and Jungfernkraut - these are only some of the best known trivial names of this plant. Some of them allude to the appearance of the plant, others already indicate the use of mugwort in medicine.

Already in ancient times Artemisia was regarded as one of the most important medicinal herbs, even under the name "mother of all medicinal plants" mugwort was known to the ancient Romans. Already at that time the healers used the whole herb including the root as tea or also as alcohol extract.

The universal genius Pliny recommended mugwort against tiredness and as a tonic. In the herbal book "Macer floridus" from the 13th century, Odo Magdunensis praises Artemisia as an effective herb for various female ailments, especially menstrual cramps.


Ingredients of Artemisia vulgaris Mugwort owes its vitalising and healing properties primarily to bitter substances and essential oils. Among the bitter substances, the triterpene derivatives sesquiterpene lactones are of particular importance. The plant uses these ingredients to defend itself against its enemies, such as harmful germs or herbivores, by developing a bitter, unpleasant taste. In this respect, the bitter substances have an antimycotic, antibacterial and germicidal effect. Triterpenes and their derivatives therefore strengthen the human organism in its fight against parasites and germs and have anti-inflammatory effects.


Essential oils are another group of active ingredients that are relevant to healing. Mugwort is especially rich in camphor oil and monoterpenes thujones (C10H16O1). The thujones, not least present in absinthe, have a toning and vitalising effect. These substances stimulate the appetite and promote digestion. Camphor oil relieves pain, promotes blood circulation and has an anti-inflammatory effect. Indications for mugwort tinctures The versatile and effective ingredients also make mugwort preparations suitable for a wide range of applications. Mugwort is used by alternative practitioners and therapists as a gentle, natural remedy for menstrual cramps. This herb is also said to be a good remedy against cystitis. In addition to its high affinity for the female sex and female ailments, this plant is also effective in the treatment of digestive disorders.


The germicidal, antiparasitic and anti-inflammatory effect of bitter substances and essential oils ensures better stomach and intestinal health. In particular, a mugwort tincture can be used effectively against flatulence and diarrhoea. The toning and blood flow stimulating effect of the ingredients makes mugwort a useful aid in the fight against water retention in the tissues (oedema). Contraindications and important information Our pure and environmentally friendly mugwort tincture is intended as a natural and well-tried plant cure for the treatment of digestive disorders, headaches, women's ailments or oedemas. We would like to point out that a doctor is to be consulted urgently in case of persistent complaints. If you are allergic to bitter substances and/or essential oils, please abstain from taking this preparation before taking it. Mugwort tincture is also not suitable for children under the age of 14, pregnant women and nursing mothers.


Food supplements are not a substitute for a balanced and varied diet and a healthy lifestyle. The products should be kept out of the reach of children.

Other customers have also bought the following items 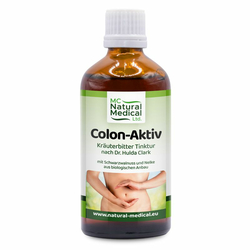 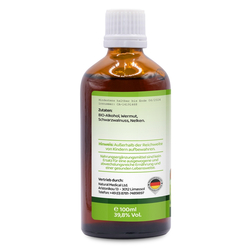 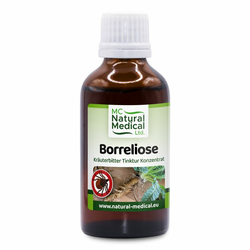 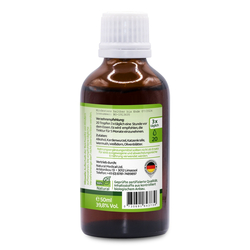 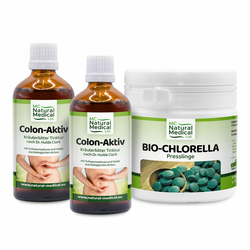 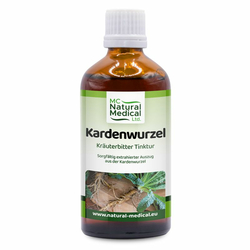 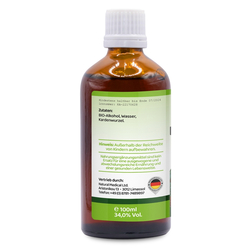 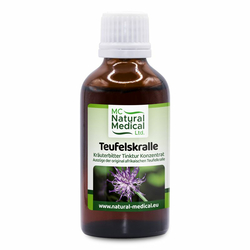 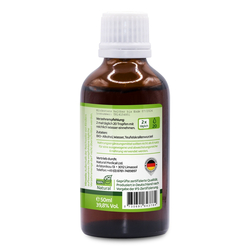 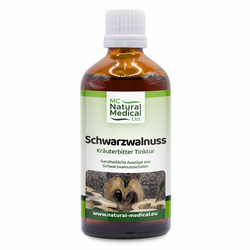 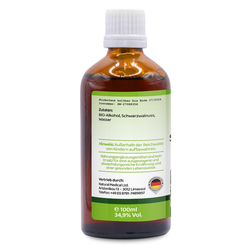 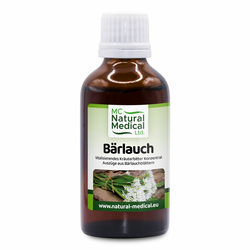 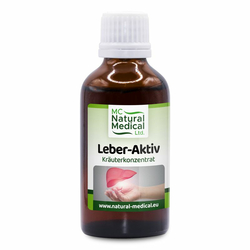 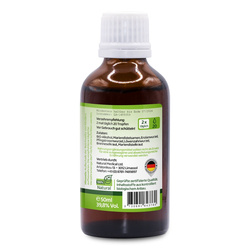 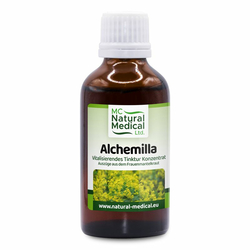 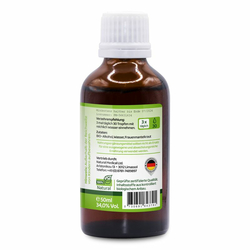